In the last month alone I have received 4 proposals from start-ups for Angel funding, seeking between £150,000 and £750,000. Not one of the principals presenting their decks could explain exactly how the money would be spent, or detail what revenue was expected, or when, or how.

The problem is, of course, that neither they nor anyone else knows. Every startup entrepreneur wants to present their idea as a “Disruptor” and dreams of it being the next “Unicorn” like Uber or Airbnb.

But creating a new app or website to deliver a service is only, at best, disruptive with a small “d” – it’s really just modernisation, adapting new technology (developed by others) to meet an existing need. The real Disruptors are those that fundamentally change the lifestyle of many – and the chances of an idea of that quality making it to me, as an Angel investor in complete startups, are less than remote.

When I started working for a US multinational at the end of the 70’s, we were all entreated not only to learn and recite the corporate slogan “addressing society’s unmet needs as profitable business opportunities”, but to actively seek out those unmet needs and invent ways of meeting them. It seemed dumb at the time, but, hindsight being a wonderful thing, I can now see that this was the first commercially advanced Unicorn Hunting Plan.

Not many startups come from this angle. Mostly, it’s “exploiting some existing recent technology to deliver the same things but in sexier ways as profitable business opportunities” (though the thinking doesn’t always reach those last four words).

So, one of my cavils is that many startups demonstrate no real innovation, but are just derivatives of existing products or services without a sufficiently compelling USP. That would be fine – the world needs those businesses too – if it wasn’t that they’re “sold” as disruptors. Their search for funding seems to rely on investors not being bothered to do research or relying on funds, groups or associations to put their “stamp of respectability” on them.

One of the first things I do when I get a proposal that attracts me is to google all the variations of their concept and name that I can think of. Like most of us, I’ve been googling stuff for years, but I have to credit a former colleague I worked with last year for demonstrating how effective this can be at identifying and proving some critical points, for example:

These are all so fundamental that one would assume that every startup entrepreneur would have done all this homework and more in great detail before sending out their deck. However, not so. I’ve managed to stump those presenting almost every startup with simple questions that have occurred to me after just 15 minutes’ googling.

An interesting comment posted against my last article was from an entrepreneur who said she created a detailed business plan but was never asked for it (nevertheless, she clearly recognises the value of them). I wish I was surprised, but I’m not. The Angel Investment world has been attuned to 5-minute pitches (or shorter – I went to one event where the pitches were limited to 90 seconds). Because those events are organised by respectable organisations, I think attendees assume that the companies have been pre-vetted and that someone else has already asked all the difficult questions. Not true.

Many – perhaps the majority – of Angel investors probably don’t care too much, as they can rely on making a good average return and gamble on stumbling on a Unicorn, as I explained in my first article.

But that doesn’t suit me. I’m not a gambler. I don’t feel comfortable exploiting tax dodges. I do, however, want to see enthusiastic and gifted young people start and grow successful new businesses, and I’d like to help some of them. So I’m not looking for massive returns – I’ll be happy if the business just succeeds. I’m just not prepared to sink money into those I can easily identify as losers.

And that leads me to the individuals leading new startups, the young entrepreneurs…. But that merits a whole article to itself. Until next time. 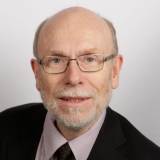